We are proudly part of the Animoca Brands’ family, the Mother Company of some of the greatest success in the gaming web3 area (Phantom Galaxies, Axies infinity or The Sandbox among others). With this merge, we are hoping to open doors of the different metaverses and to allow all players to switch from one to another as keeping the elements of the IPs they love.Animoca Brands will also assist our team with fast-track development and publishing of products for the Web3 space. 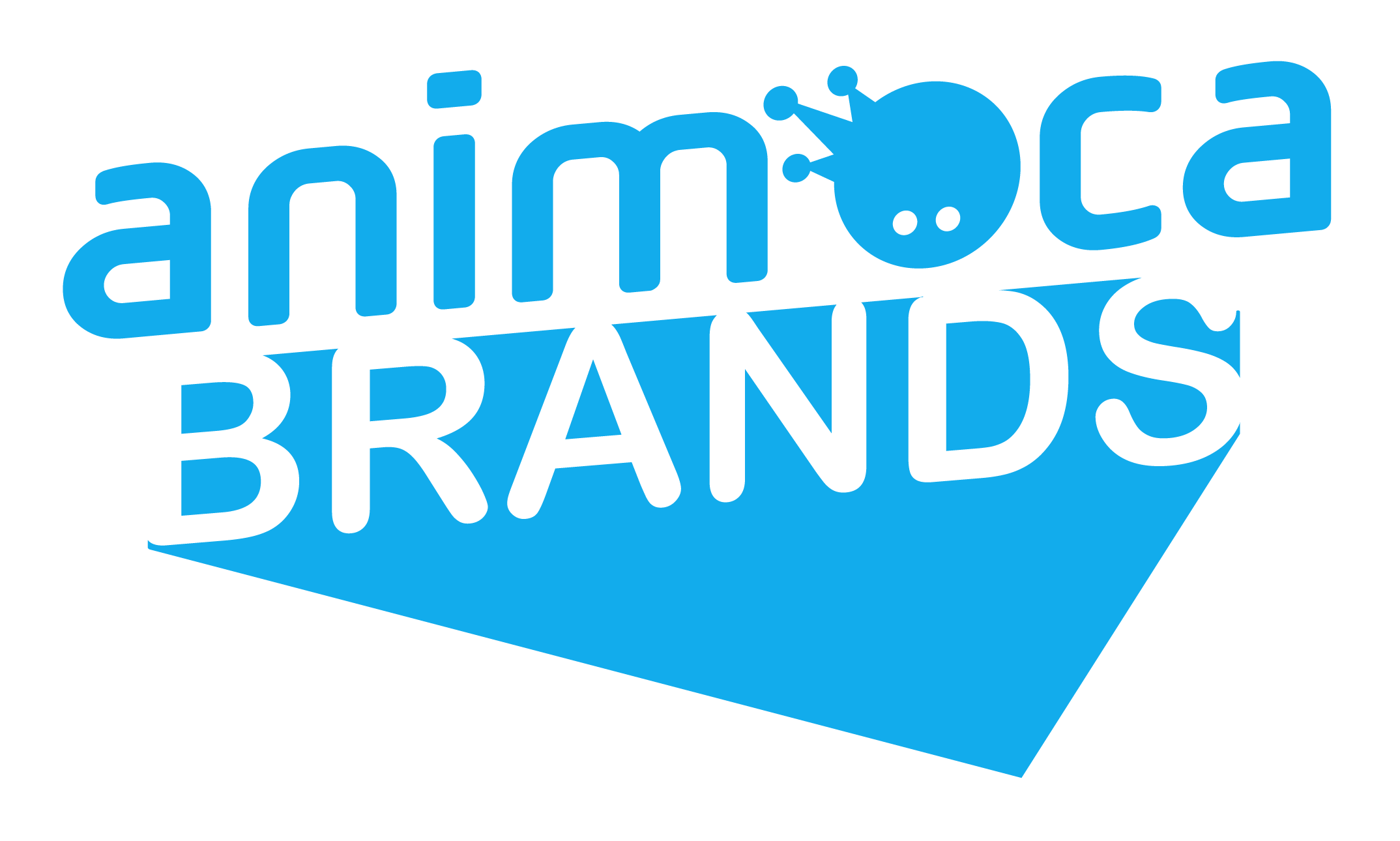 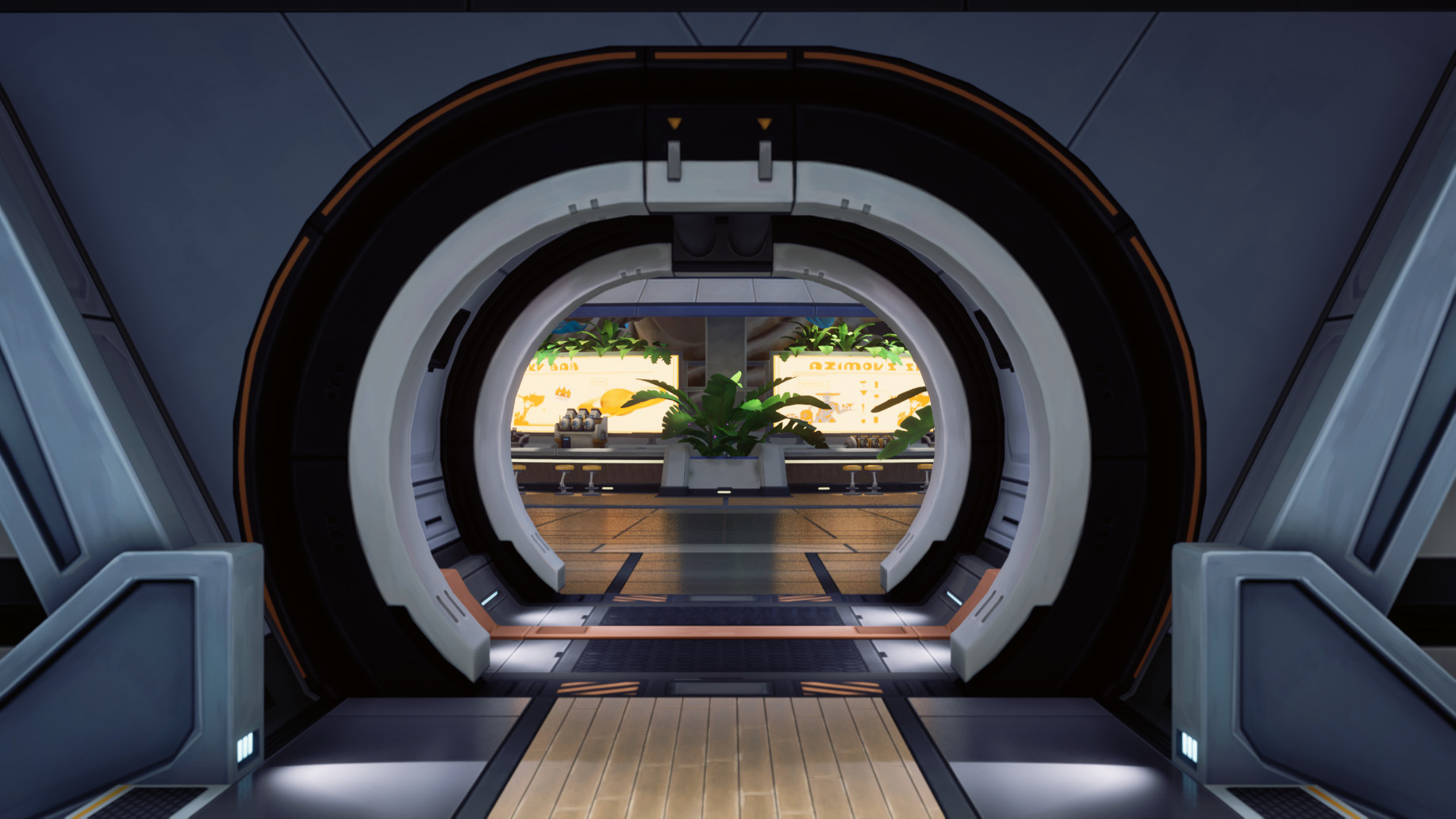 Not everyone wants to be the hero.We want to offer to our players the possibility to really chose the kind of experience they want to live.

Our collective mission is to pioneer a new genre of game, the Play&Earn MMO giving our community every tool to live meaningful and impactful adventures. 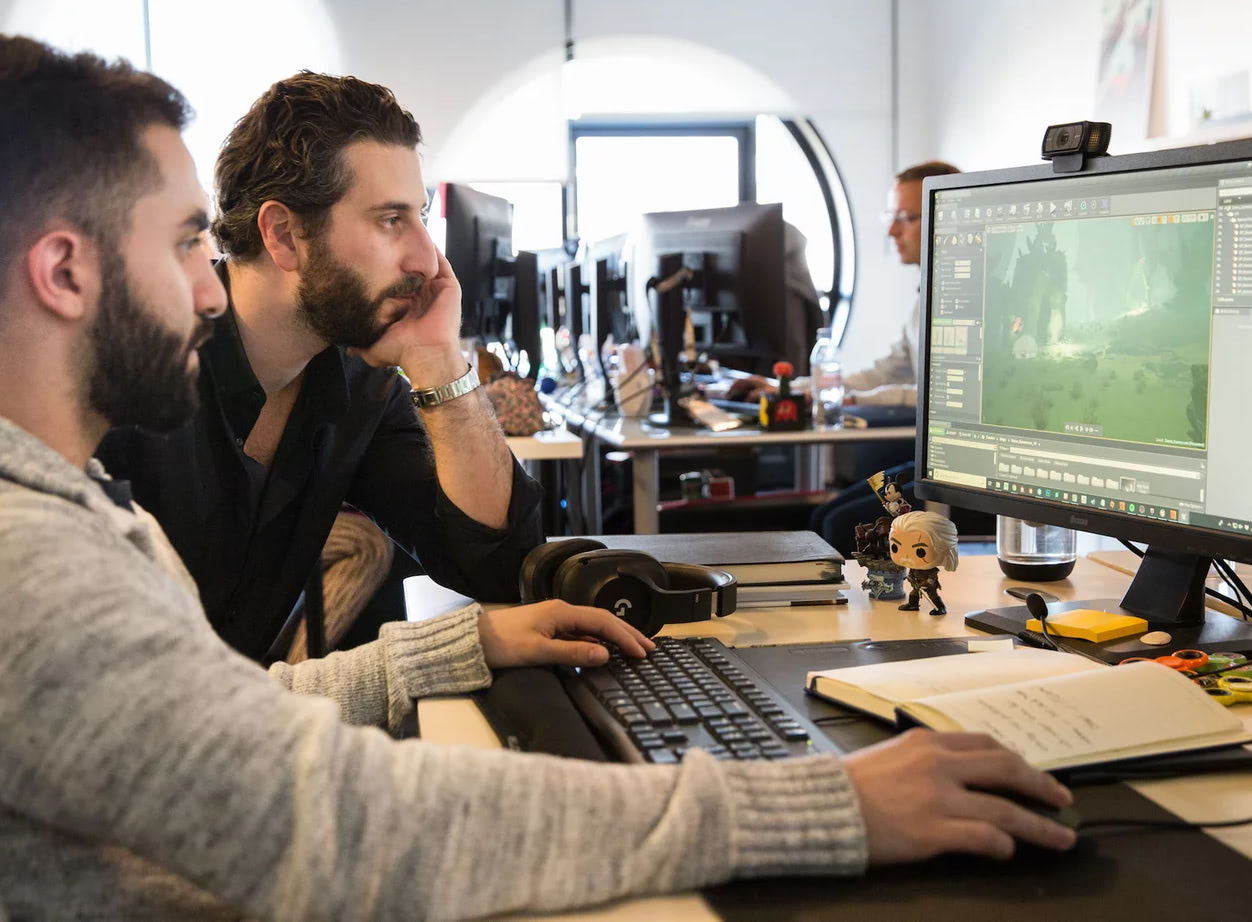 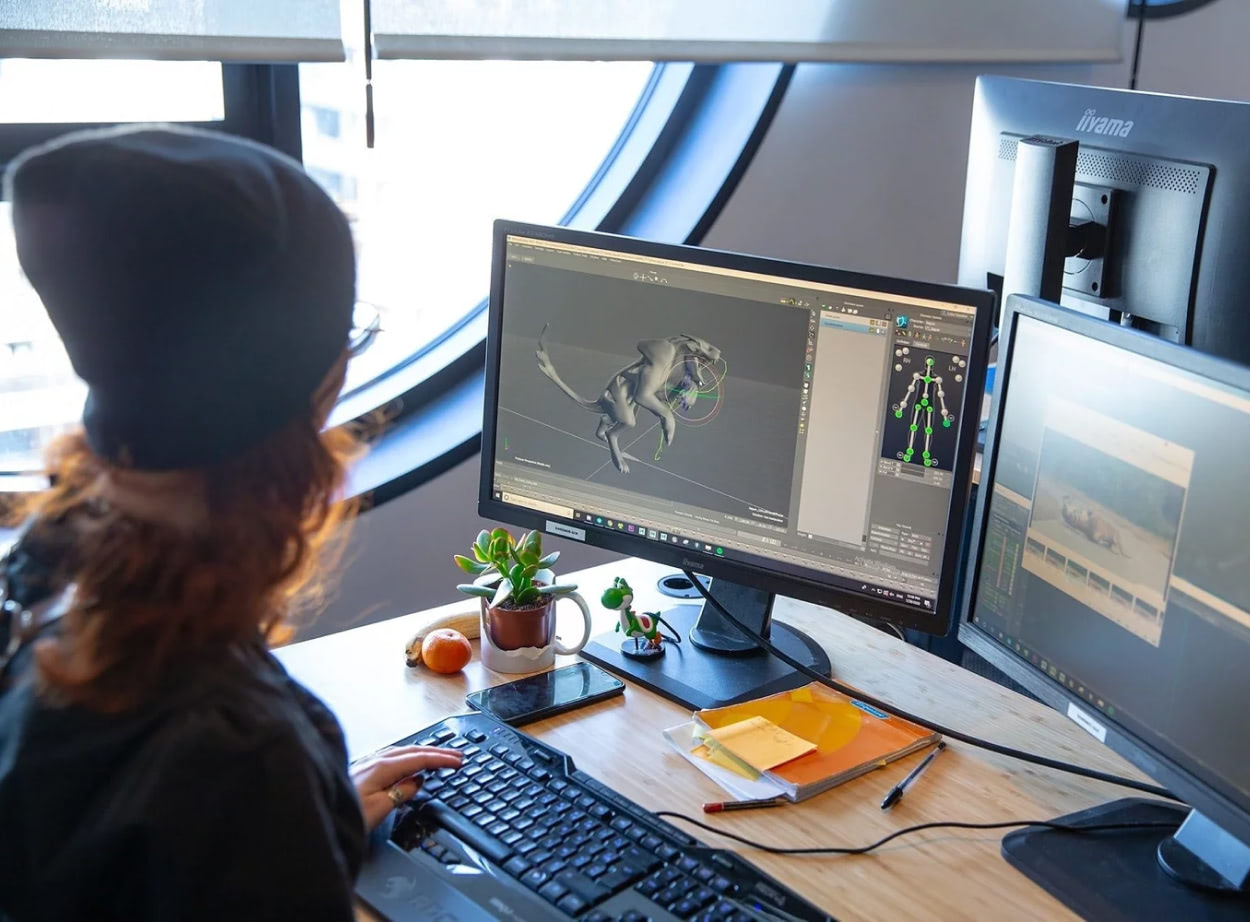 We pride ourselves on our unique technical excellence, data driven approach and agility. In developing and publishing, we leverage state-on-the-art tools and technologies. Our development process focus on quick iterations and empowers our crew.

Each team member can impact the global development with their vision, ambitions and willing to create!

We believe that the perfect experience is the convergence of all the skills, mindsets and experiences brought by the highly competent people working on it. 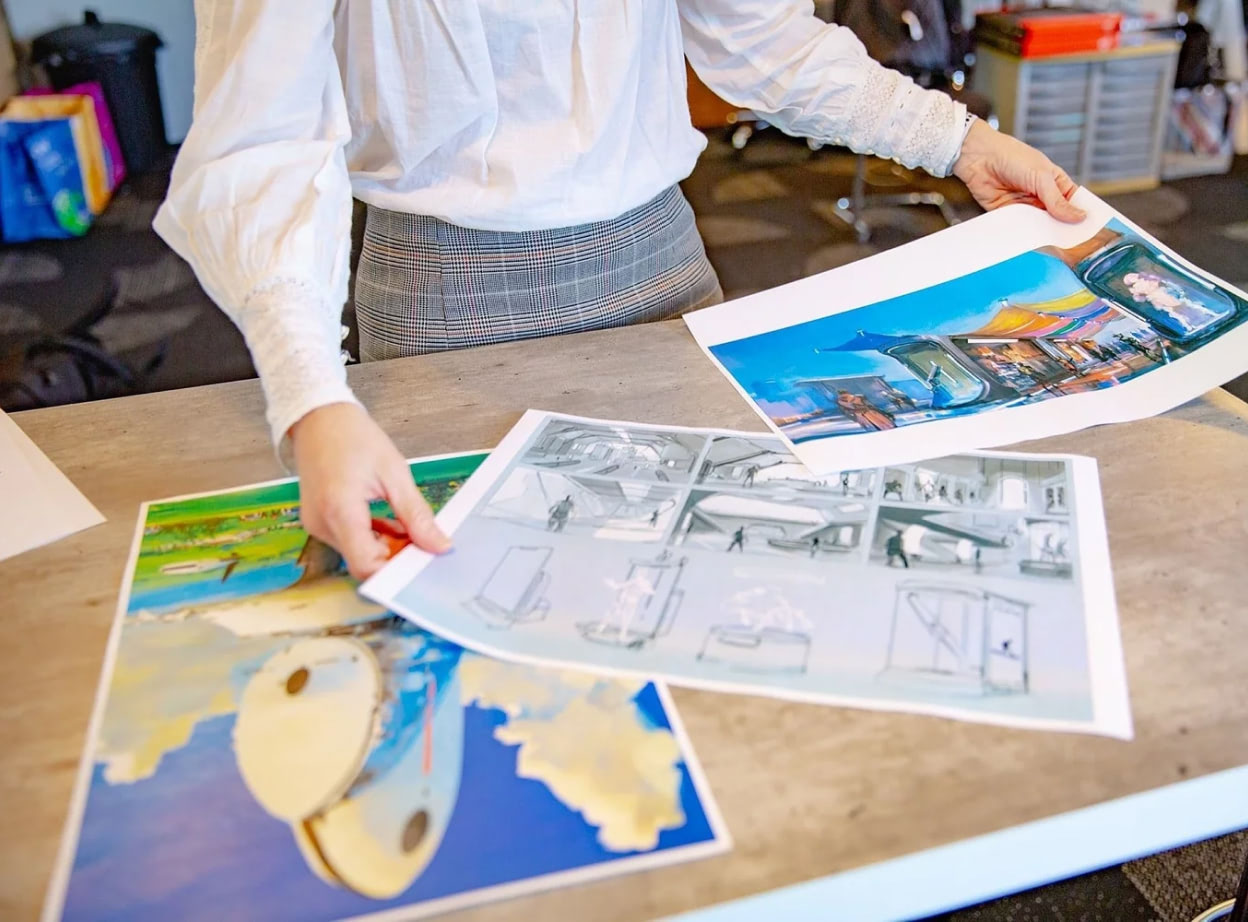 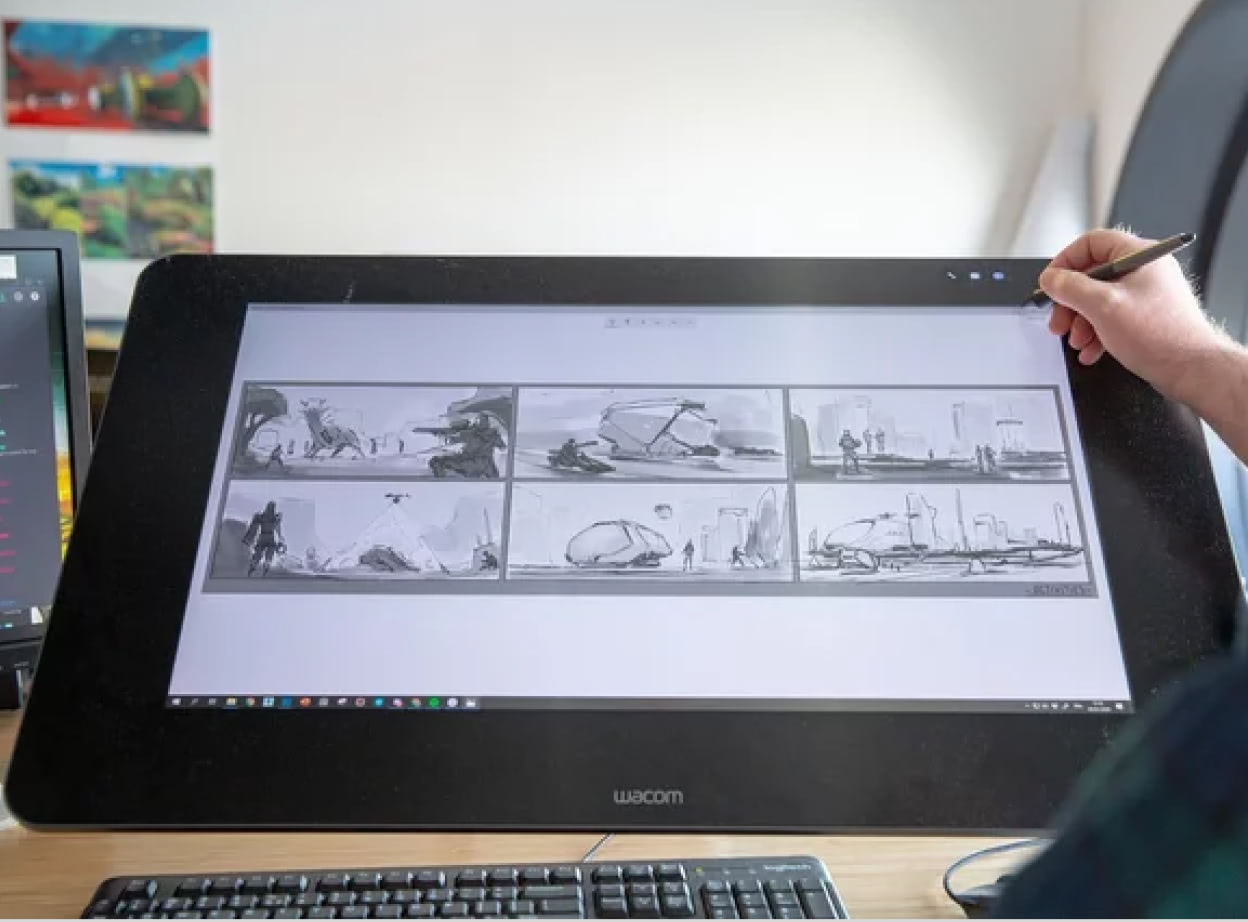 We have a passion for multiplayer, ambitious online games that are safe and inclusive. Our mission is to create less violent, meaningful experiences that bring people together in a social entertainment space to live their online existence in a shared metaverse.

Our friendly, device-agnostic games are meant to be accessible to all - a space where high-skilled, experienced players and beginners can play together in harmony. They are easily adaptable to our players’ schedule, allowing for short bursts of play or hour-long sessions.

We advocate for the positive power of video games to create and foster deep and lasting friendships. We also believe that we are only just discovering what is possible in this medium, and we invite all fellow believers to explore and build together.

Our first title is the first Play&Earn MMO powered by web3 and blockchain technologies.

Life Beyond will empower players both on an individual level via their own play choices as well as collectively by making critical decisions on the future direction of the game. The society of Life Beyond will evolve according to the choices, user generated creations, and behaviors of its players.

Darewise is where art, design, technology and business unite to create open, connected multiplayer worlds that reach beyond entertainment. Our team, just like the games we strive to make, is a cooperative venture that exists between company and community.

There is great strength in diversity, both in the immeasurable value it adds to the success of a team, and in creating the best possible games for our global player base. Our talent palette is spread across 18 cities in Europe, Asia and Canada.

Meet some members of the team...

Ben is the CEO of Darewise Entertainment and Executive Producer of Life Beyond. After a career in banking and private equity, Ben left the dark side for Ubisoft where he worked as producer and designer. There he held several executive positions, such as Game Director on Assassin’s Creed Blackflag and was in charge of the strategic planning of the online games division at Ubisoft headquarters.
Ben discovered Neil Stephenson’s work in 2014, first with Reamde, and it strengthened his obsession to build one day a new kind of MMO where people would have fun playing but where they could also live a life, for real.
A father of two young kids, he cares about building games that can have a positive impact on the world with low violence, inclusivity and lots of meaningful social interactions. 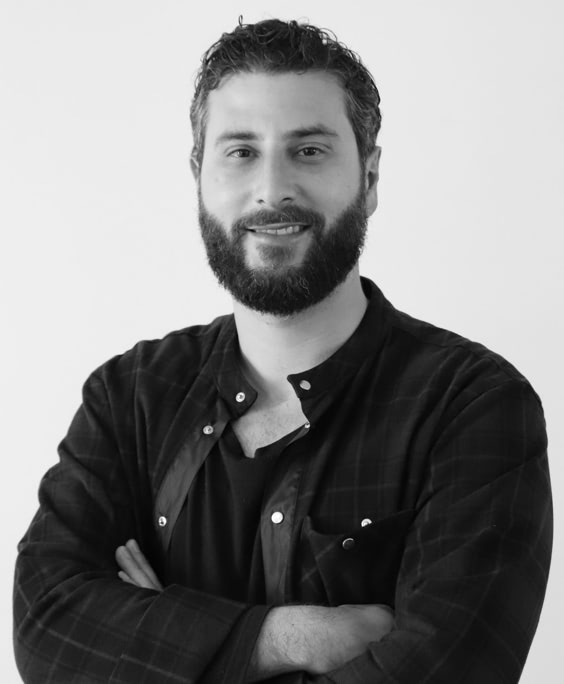 First an investment banker, Benjamin was soon overtaken by his passion for video games. He joined Ubisoft and cut his teeth as a Live Content Producer and Director on Assassin’s Creed before creating Darewise Entertainment.

Samuel is a software architect with a passion for persistent online worlds. Throughout his international career, he has been a part of critically acclaimed franchises like Ghost Recon and The Division and led technical teams on state of the art game engines such as CryEngine and Snowdrop. His years in the games industry have led him to dream of a better method of developing games. With Darewise, he aims to reach his vision of a high-quality code culture where robust architecture, best practices, quality and stability are put first and foremost. Despite many years in the AAA side of the industry, Samuel’s game preferences are very niche, he’s a big fan of EVE Online, hard-core skill-based games, and creative games that break established patterns and push the boundaries of medium beyond pure entertainment. 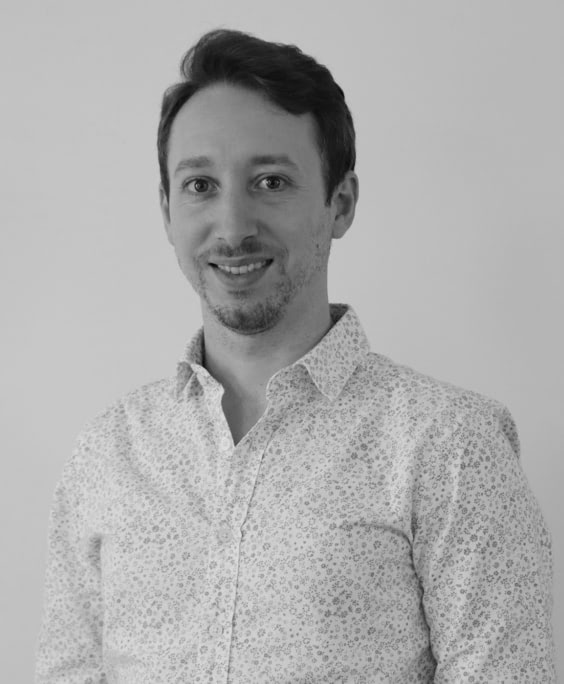 Samuel has been developing games for over a decade. As a game engine architect, and now CTO of Darewise, his focus on robust architecture, technical excellence and best practices have empowered teams to achieve their dreams.

Marc is a native video game creator. He started as a pixel artist on a C64 project for Ubisoft in 1988. He obtained a master degree in Movie Making while shipping legendary games on Amiga : Unreal for UbiSoft and Agony for Psygnosis. His next period was marked by major PC success : Alone in the Dark,Prisoner of Ice and LBA2. During the following decade Marc co-founded 2 studios: Doki Denki and Phoenix Studio, designing games for Sony, Disney Interactive and UbiSoft. In 2008 he joined Ubisoft Editorial to create internal design courses on Rational Game Design. He supervised projects like Just Dance, Mickael Jackson or Abba experience. In 2012 Marc was called by UbiSoft Montreal on Assassin’s Creed Unity as Game Director.  After 8 years in Montreal, Marc joined Techland in Poland and helped them creating Dying Light 2 as Game Director. 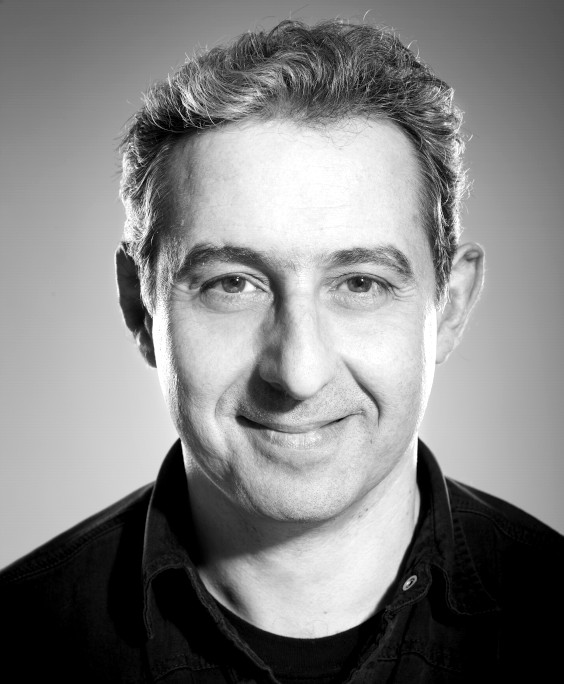 Marc has been designing games for more than 30 years. He has done almost all types of games and he’s obsessed by quality and player experience. He shipped legendary titles like Agony, LBA 2, Alone in the Dark2, Just Dance, Assassin’s Creed Unity and recently Dying Light 2 as Game Director.

After a successful venture in online gambling, Vincent joined Ubisoft EMEA to grow the digital and free-to-play games division, managing large projects throughout their full lifecycle, and brokering new deals in Europe, Russia, and Asia and developed Ubisoft F2P presence in these regions. His teams drove and operated the acquisition, marketing and communication of Ubisoft F2P portfolio. Vincent’s responsibilities grew to include the Steam, XBox and PlayStation portfolio as Head of Digital Sales EMEA, driving the growth of digital sales and managing multi-million dollar accounts.
In 2018, Vincent joined ESL Gaming in 2018, to oversee the business in France and Spain. In 3 years, he managed over 60 people and successfully refocused the companies around key products and activities leading to profitability and growth. 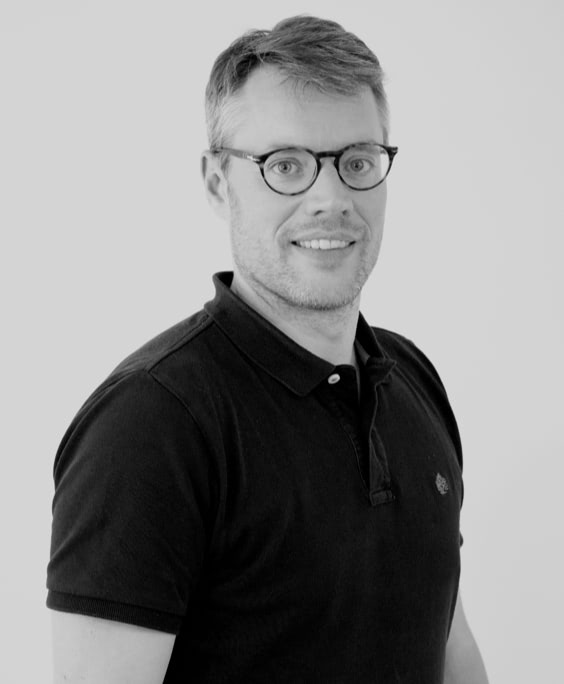 Entrepreneur and games business specialist. Whether as the head of digital games marketing and sales at Ubisoft, or as the VP of international development of ESL, Vincent brings experience and success to online games and the communities built around them. 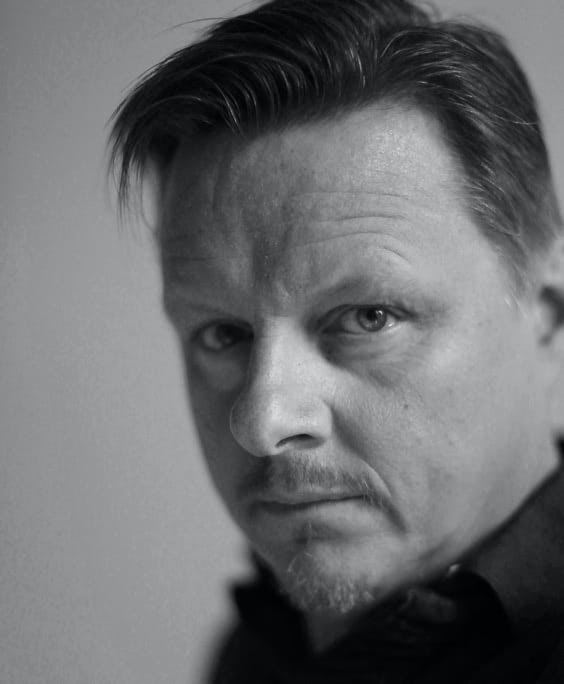 James spent the 1990s as a computer games journalist. After editing Super Play, the UK-based Super Nintendo magazine, life held only one further challenge. So he went into games writing. Joining Bullfrog Productions as Head Writer, he worked on Dungeon Keeper, Syndicate Wars and many more. He came up with the idea for Theme Hospital, wrote the script for it, and went to Electronic Arts. He rejoined Bullfrog’s Peter Molyneux at Lionhead, scooping a BAFTA in 2001, and afterwards, as a freelance he was a script-writer for over 100 more games, working with Sony, LEGO, Square Enix, Treyarch, Microsoft and Disney, amongst many others. He has also worked in radio, written a couple of books and dabbled in TV work. He owns a vast collection of computer wires and cables, which keeps him grounded. 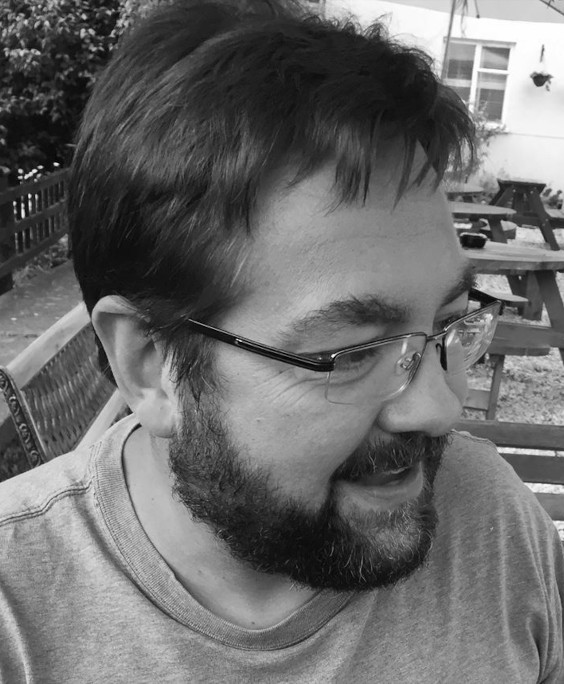 Over 25 years, James has written the scripts for more than 100 games, working with many of the biggest names in the industry. One BAFTA and a ton of AAA titles later, his passion for building deeper, larger and better worlds has grown with the technology that lets him do it. 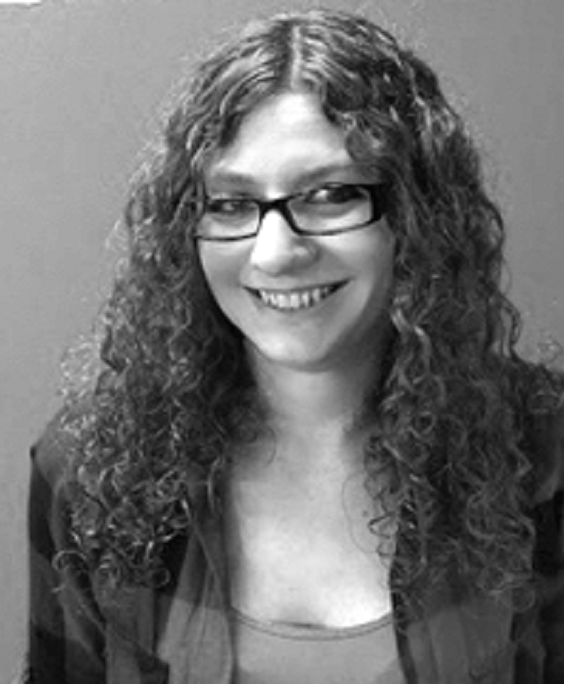 With an atypical course, Diane navigated from HR to Marketing with a strong specialization in video games / esports. Her trademark is to find relevant and innovative ways to storytell brands and partnerships. She went through various experiences, including strategies building for huge publishers in France (EA, Riot Games, PlayStation, Ubisoft, etc.) 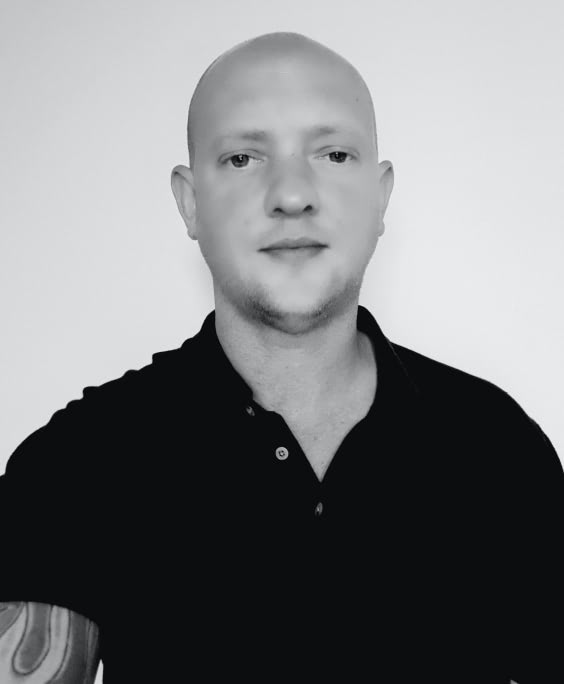 Ivan is an entrepreneurial talent specialist. He loves building startups, with experience in Tech, Robotics and Games. He brings the amazing and diverse people behind Darewise’s games together, and makes sure their day to day life is a fun and rewarding experience. 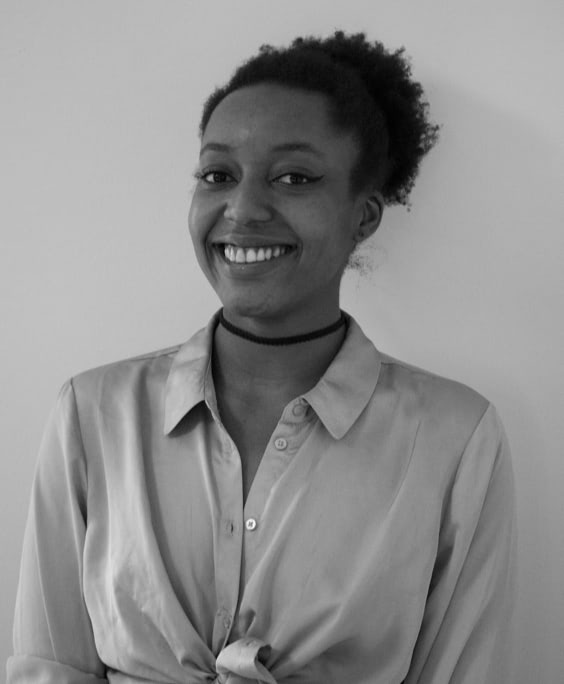 One of the first members of the Darewise family, Whitney’s favorite programming topic is AI. If something moves in the game, she probably worked on it. When not programming, she can be seen on the Parisian dancefloors, or trying out a new exotic hobby. 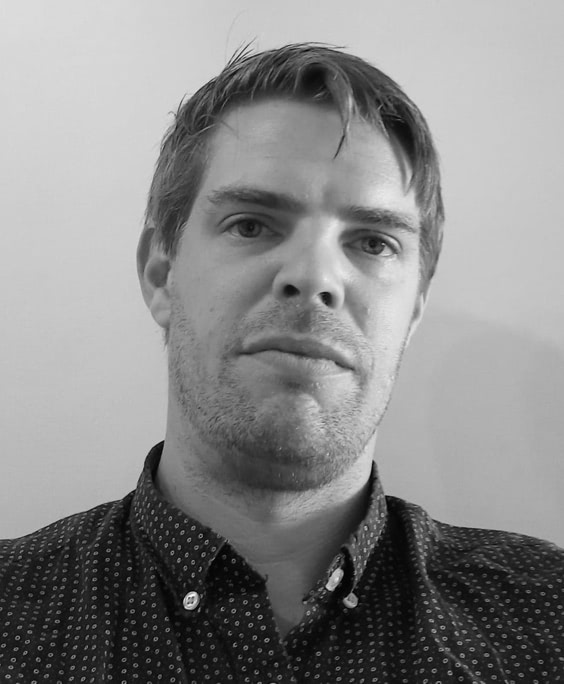 Animator from southern Sweden with an interest for anything that moves. Gameplay animator for The Division and Just Cause 4. When not making games, he is the life of the party, seeks noisy dancefloors and fun times with friends. 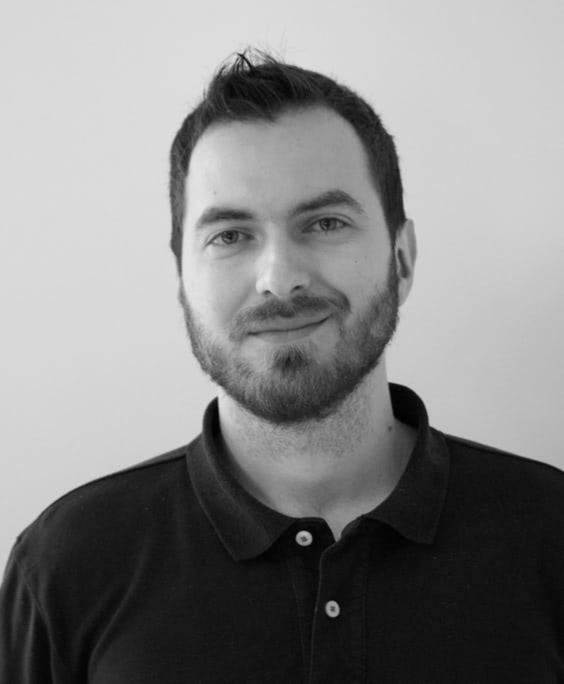 Razvan is leading the QA team of Darewise, making sure the player experience is the best possible. Coming from Romania, he is a passionate gamer who finds new ways to break the game every day, so that you don’t have to. 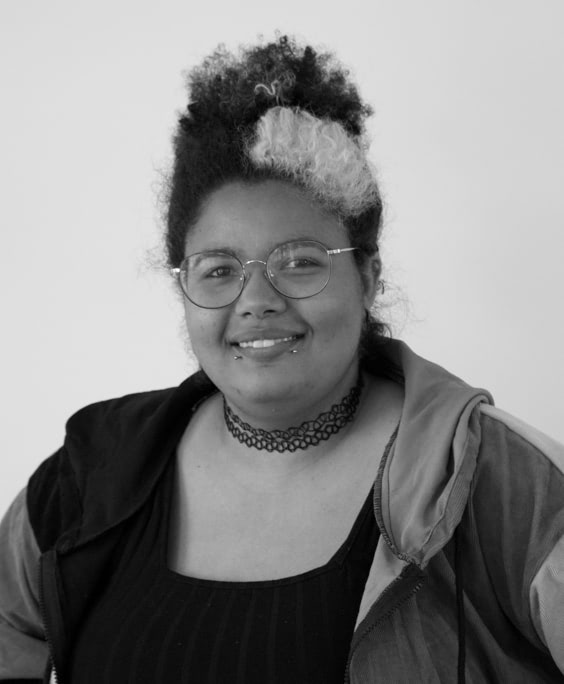 A true lover of cooperative online games! After some time at Ubisoft on titles like Just Dance and Beyond Good and Evil 2, she goes back to her roots working on MMORPGs and online games with Life Beyond.